‘Tis the season to give? The FDA announced yesterday that they are finally lifting the ban on blood donations by gay men. There are still several restrictions however. From NPR:

The Food and Drug Administration is relaxing a 32-year-old ban on blood donations from gay and bisexual men.

The FDA announced Monday that it was replacing a lifetime prohibition with a new policy that will allow gay and bisexual men to donate blood, but only if they have not had sexual contact with another man for at least one year.

In 1983, the FDA banned gay and bisexual men from ever being eligible to donate blood to protect people receiving blood transfusions from the possibility of getting infected with the human immunodeficiency virus, which causes AIDS.

But gay-rights advocates and many medical groups have been urging the FDA to lift the ban for years. They argue the policy is discriminatory because it singles out gay and bisexual men and that it is unnecessary because blood donors can be screened for HIV.

Others, however, have urged the FDA to keep the ban, saying that infected people can slip through the screening process. Blood tests remain negative for about nine days after a person has been infected with HIV.

After weighing the arguments, Marks announced the FDA is finalizing a policy change it proposed last year. The new policy brings the U.S. in line with other countries, including Australia, New Zealand and Britain, Marks says. Research in Australia indicates the policy would not jeopardize the safety of the blood supply.

But this has not satisfied many advocates.

“It perpetuates the stigma that HIV is a gay disease,” says Kelsey Louie, who heads Gay Men’s Health Crisis, an advocacy group.

Gay or bisexual men in monogamous relationships may be at much lower risk as donors than, say, promiscuous heterosexuals, Louie said.

But others are praising the new policy as a reasonable compromise.

“The gay community and many people view blood donation as a civil right. And I don’t think it is,” says Dr. Kenrad Nelson, a professor of epidemiology at Johns Hopkins Bloomberg School of Public Health who advised the FDA about the policy.

Nelson points out he can’t donate blood for a year after he returns from countries where he might have gotten infected with malaria.

The FDA says it will monitor the new policy to see whether the restrictions could eventually be relaxed more.

Today is World AIDS Day. From the CDC, today is an opportunity for people to work actively and collaboratively with partners around the world to raise awareness about HIV and help us move closer to the goal of an AIDS-free generation. This year’s theme, “The Time to Act Is Now,” calls us to act with urgency to implement the latest high-impact, evidence-based HIV prevention strategies. While a lot of progress has been made to understand HIV and AIDS (several previous posts), there’s still work to be done.

An estimated 36.9 million people are living with HIV/AIDS worldwide. As a science-based public health and disease prevention agency, CDC provides support that helps more than 60 countries strengthen their national HIV/AIDS programs and build sustainable public health systems. CDC conducts these activities through the U.S. President’s Emergency Plan for AIDS Relief (PEPFAR) , the largest commitment by any nation to combat a single disease.

Recent scientific breakthroughs now point the way to achieving an AIDS-free generation, a goal championed by President Obama in his 2013 State of the Union address. CDC, through PEPFAR, is working to achieve that inspiring goal through proven science, smart investments, and shared responsibility with partner countries.

Global efforts have resulted in approximately 13.5 million persons in low-income and middle-income countries receiving antiretroviral therapy (ART) for HIV infection in 2014, an increase from 2013. Globally, more than 15 million people are on ART.

New HIV infections have fallen 35 percent since 2000, with 66 percent of the 2 million new HIV infections occurring in sub-Saharan African countries, where women account for more than half the total number of those living with HIV.

New pediatric HIV infections have dropped by 58 percent worldwide since 2000.

END_OF_DOCUMENT_TOKEN_TO_BE_REPLACED

A new press release from CDC shows that 9 out of 10 new U.S. HIV infections come from people not receiving HIV care. The release is based on a new CDC analysis and reinforces the importance of HIV testing and treatment for health and prevention.

The analysis showed that 30 percent of new HIV infections were transmitted from people who did not know that they were infected with the virus, highlighting the importance of getting tested. People who had been diagnosed were less likely to transmit their infection, in part because people who know they have HIV are more likely to take steps to protect their partners from infection.

A beautiful display of artwork all centered around the theme of saving a life- specifically focusing on vaccines.  Check it out! This project is commissioned by the Bill and Melinda Gates foundation to convey the importance of vaccines.

Vaccines are one of the greatest advances in human history. They have saved millions of lives, and led to better health and opportunity for children and families everywhere.

The stories behind this success and the future promise of immunization must be told.

They are stories of risk and bravery, the passion and dedication of scientists, the love of parents, and the determination of health workers.

The Art of Saving a Life is a collection of these stories, as told by more than 30 world-renowned photographers, painters, sculptors, writers, filmmakers, and musicians. The full collection of art will be unveiled over the course of January 2015.

Days of Tranquility- by Frank Viva 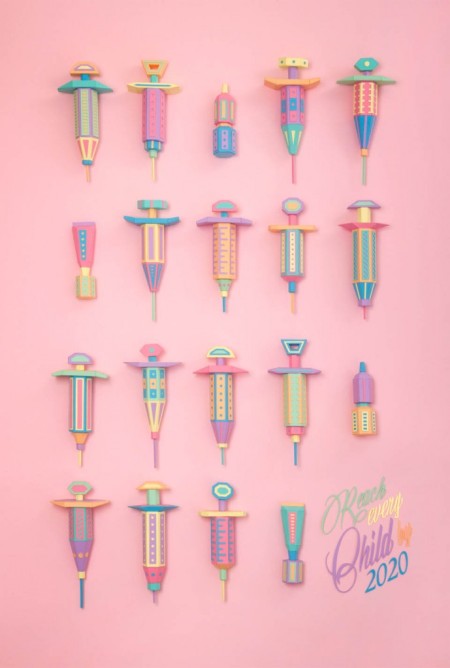 A lot of progress has been made in the past 30 years in understanding, preventing, and treating HIV (previous post), and now scientists have figured out a way to essentially delete the HIV virus from human DNA.  To date, no cure exists for HIV/AIDS, but new developments from a group out of Temple University, published in PNAS, shows promise for suppressing viral gene expression and replication, and immunizing uninfected cells against HIV infection.

This finding is nicely summarized by the Daily Mail.  The scientists have developed molecular tools to cut out the HIV gene from our genome.  Here’s how it works:

This next step is to develop the construct in order to conduct preclinical studies.  There is still work to be done in fighting this disease, however, this new cas9 system for editing out HIV from the human genome is a step in the path towards finding a cure.

This saturday is National Gay Men’s HIV/AIDS Awareness Day! Yesterday CauseScience posted the CDC report finding that half of HIV positive gay men are not receiving adequate treatment. The CDC has recently launched an awareness campaign for all people living with HIV, HIV Treatment Works.

The HIV Treatment Works campaign encourages people living with HIV to Get in Care, Stay in Care and Live Well. Today, you can live a longer, healthier life by being in medical care and on HIV treatment. People featured in these videos share how they live well with HIV and how you can, too.

The treatments we have for HIV are extremely effective, and are one of the biggest biomedical research success stories in the last few decades. However, these breakthrough treatments are only effective if they are taken. While there are barriers to access treatment, this CDC campaign shows people how to get and maintain care and treatment.

This campaign shows how people living with HIV have overcome barriers to get in care and stay on treatment.

Check out the HIV Treatment Works website for informative videos, info graphics, and posters and banners to get the word out about this campaign!