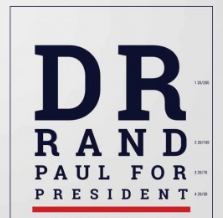 In case you missed it, SENATOR Rand Paul announced this week that he will run for President in 2016. In response to his announcement, we thought now would be a good time to revisit some of Rand Paul’s anti-science rantings. Check out the numerous CauseScience “Anti-Science Quotable” posts courtesy of Rand Paul. Also be sure to check out this MaddowBlog post highlighting Rand Paul’s rebranding of himself as a DOCTOR. AND don’t forget to check out Dr. Rand Paul’s medical career section on wikipedia. As pointed out on CauseScience before, it appears that Paul is not a board certified physician, and his most recent boarding was through his own made up medical board not recognized by the American Board of Medical Specialties. YIKES!

The more Paul talks about his medical background, the more we’re reminded that whenever medicine and politics have intersected lately, the GOP lawmaker has gotten himself into trouble with nonsense.
For example, Rand Paul’s deeply ridiculous rhetoric about the Ebola virus looks absurd, if not genuinely dangerous, six months after the public-health scare.
His rhetoric about vaccines was arguably even more bizarre. Remember when he said vaccinations and “profound mental disorders” are “temporally related”?
Paul seems to think medical research at the National Institutes of Health is some kind of punch line, worthy of mockery. He’s also been a longtime member of a medical organization, the Association of American Physicians and Surgeons, which has “expressed doubts about the connection between HIV and AIDS and suggested that President Barack Obama may have been elected because he was able to hypnotize voters.”
Given all of this, does the senator really want to cite his work as a doctor as some kind of presidential qualification?

Senator Elizabeth Warren continues to be an amazing advocate for SCIENCE and SCIENCE-based policy. The FDA recently renewed the ban on blood donation by many Americans (specifically by members of the LGBT community), Senator Warren tweeted her frustration. More info on the blood donation ban here, and responses from other Senators here (both via Towleroad Blog).

Senator Warren has previously voiced her support for science and research here. 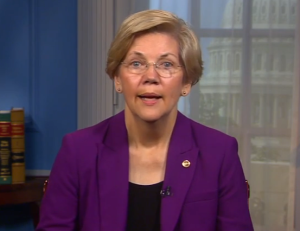 We won’t create change here in Washington without a strong powerful group of people, patients, researchers, advocates making the case outside Washington. How we spend our money must align with our values, and a top priority for this country must be to invest in life-saving medical research. So please, keep pressuring Washington! And keep speaking out! Make sure that your voices’ get heard. We’re in this together!
-Senator Elizabeth Warren in a video message to attendees of the Future of Research Symposium.

My favorite quote from the AMAZING video for the equally AMAZING Future of Research! So AMAZING, that I posted about it twice!