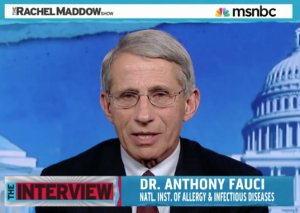 There is no one country that can do it alone… we are going to need multiple countries coming in and stepping to the plate. Organizations, NGO’s, so it’s not going to be one person or one group or one country thats going to be doing it. And that’s one concern we have. Because as the epidemic itself, in the speed of its expansion, outstrips the speed and quantity of the resources you put in, you’re always playing catch up ball. The only way to turn this around is to actually catch up. Right now, its all catch up ball.

Whenever you are behind trying to catch up, you can never say we’re doing enough. I mean no one is doing enough. We’re doing a lot and i think if we get the global community involved, that that’s going to be something that is compounding what you are doing, and is what you really need to do.