Today, October 8th, is World Octopus Day! Octopus have been around for a long long time, so why do we need an international octopus day?

Right now more than 50,000 tons of octopus are caught each year. And scientists still have little idea how many octopuses are out there in the oceans—or even how to go about measuring them. Octopuses, being asocial animals, don’t swim in schools that can be tracked and measured. And researchers are only just now devising ways to estimate an octopus’s age, as various species—and even individual populations in different environments—grow at various rates and live for anywhere from months to several years. And assessing populations accurately demands this sort of basic info.

So on this International Octopus Day, take a little time to remember these incredible eight-armed animals out in the oceans, quietly catching crabs, masquerading as other animals and occasionally even using tools.

And here is a nice infographic from dailyinfographic.com! 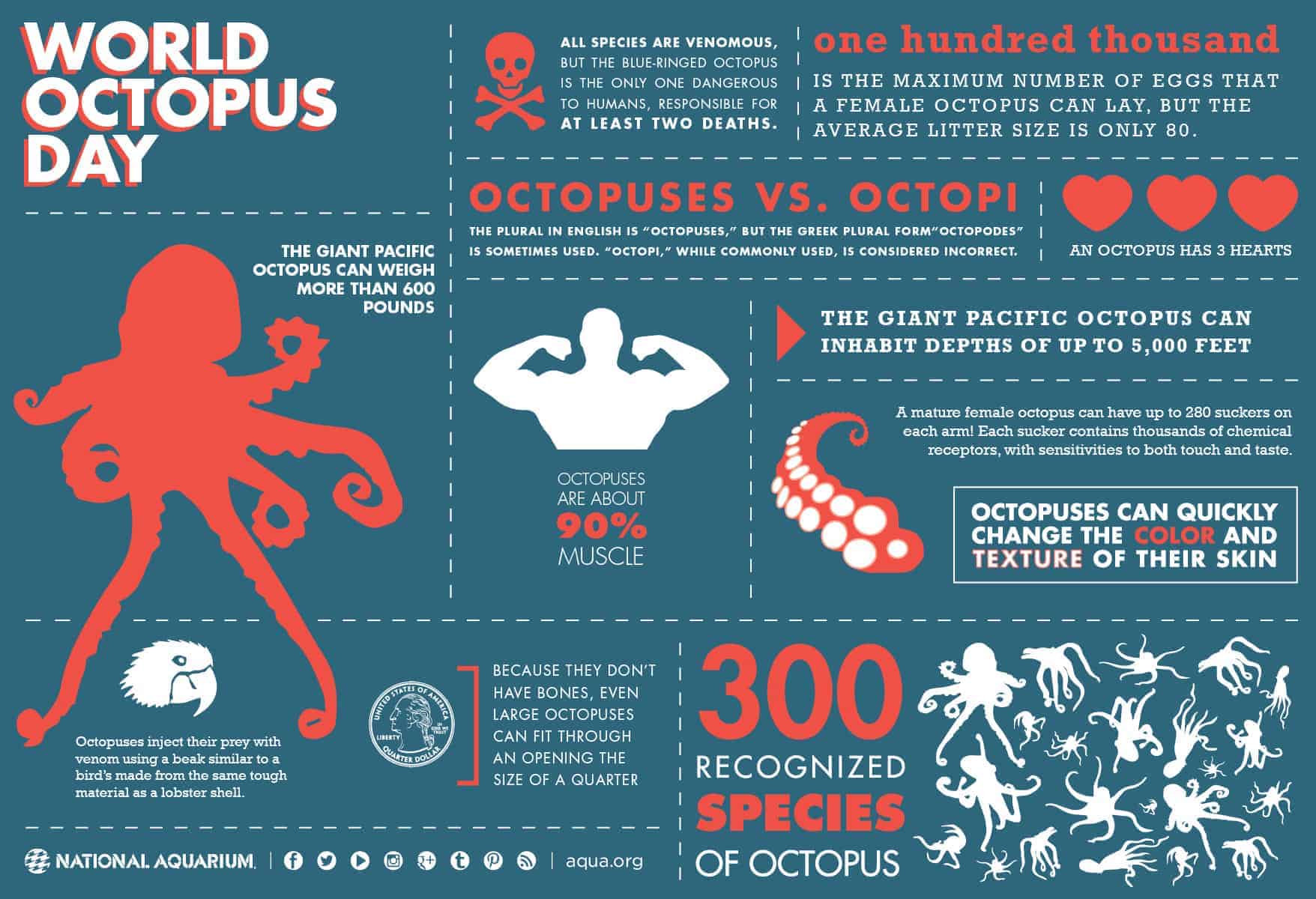